Kjetil Mulelid (b.1991) has distinguished himself as an inventive artist, blending jazz, psalms, and improvised music in both his own playing and compositions. After graduating from the famous "Jazzlinja" in Trondheim back in 2014, he has been heavily touring the world's nooks and crannies with his own music and projects. He has played concerts in large parts of Europe and Japan, and released several well-received albums as a solo artists, as well as with his own Kjetil Mulelid Trio, the jazz quartet Wako, with singer Emilie Storaas as the duo Kjemilie, and with singer Siril Malmedal Hauge.

Mulelid focus on a type of music where his compositions are formed intuitively through his improvisational and spontaneous way of playing. With a desire to tell a story in every musical stanza, he treats each song like a blank canvas and paints with his melodies and a natural rhythmic flow in the playful music. His music has been very favorably featured in magazines such as The Wire, International Piano Magazine, Jazzwise, Orkesterjournalen (jazz), Jazznytt and The NYC Jazz Record. His first trio record was mentioned by Jez Nelson as "Best of the year" on British radio Jazz FM.

He grew up in the small village Hurdal in Norway, and started playing classical piano at the age of seven. In 2010 he graduated from Jessheim high school where he had some really inspiring piano teachers who had introduced him to jazz etc: Ulrika Magdalena Lind, Morten Reppesgård and Jan Terje Augestad. Before this stage of life he had only been playing the piano from sheet music, and the awareness about playing by ear, and making his own music took him to the next stage in life - he went to do a bachelor’s degree in jazz performance at the Norwegian University of Science and Technology in Trondheim (NTNU, Jazzlinja). Here he really got to learn how to use the piano as a tool in life and, and how to use it as his own way to express himself through music as a language - theached by some great piano teachers such as Erling Aksdal, Vigleik Storaas, Espen Berg and Eyolf Dale. Later he has also graduated from the master's program at Rytmisk Musikkonservatorium in Copenhagen (DK) wherehe was guided by great masters such as KrestenOsgood and Kasper Tranberg.

Through the years Mulelidhas played and worked/collaborated with many great musicians such as Arve Henriksen, Jason Moran, Barry Guy, Trygve Seim, Mats Eilertsen, Audun Kleive, Kirsti Huke, Ola Kvernberg, Eirik Hegdal, Sissel Vera Pettersen, Rob Waring, and Petter Vågan. Since 2015 he has been working as a freelance musician and a music educator. 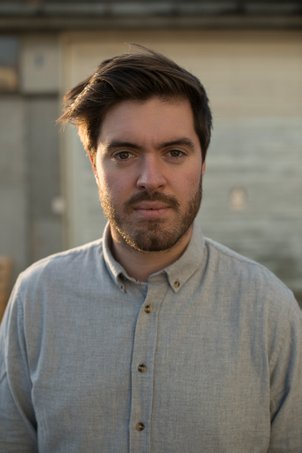